Amid strong demand and tight supply, REALTORS® reported that properties that sold in June–August 2017 were typically on the market for less than 31 days in 29 states and in the District of Columbia, according to the August 2017 REALTORS® Confidence Index Survey.[1] Properties sold quickly in states such as Washington (19 days), Utah and D.C. (20 days) Minnesota, Nevada, and Tennessee (21 days), California, Colorado, and Kansas (22 days). Only in seven states did properties typically stay on the market for two months or more: Wyoming, Louisiana, Mississippi, Alabama, West Virginia, Vermont, and Connecticut. 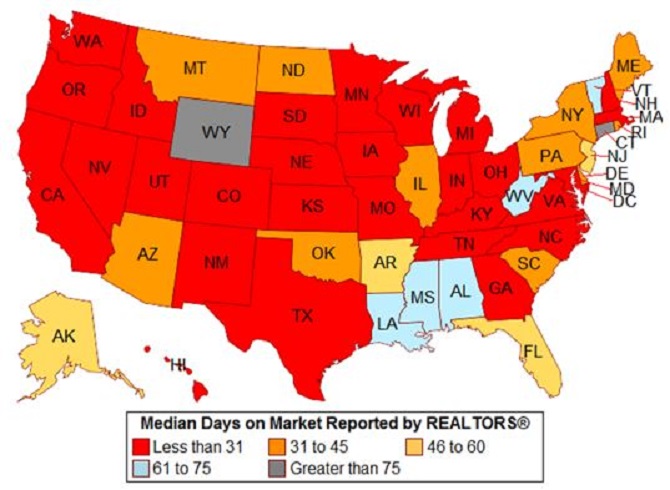 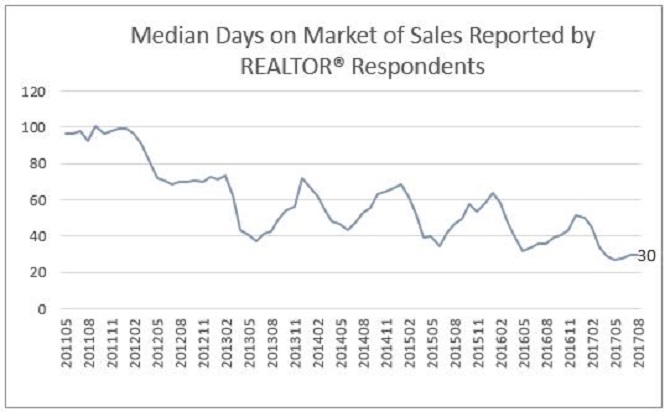 At the end of August 2017, the inventory of homes for sale stood at 1.88 million homes, which is equivalent to 4.2 months of the current monthly sales pace. Month’s supply has been falling since January 2015, 27 consecutive months now. With falling inventory, home prices have increased. As of August 2017, the median price of existing homes sold was $253,500, surpassing the peak median price of $229,500 in June 2006. 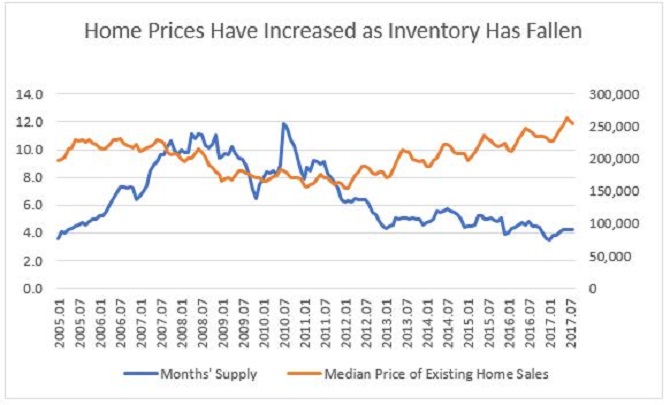 [1]
In generating the median days on market at the state level, NAR uses data for the last three surveys to have close to 30 observations. Small states such as AK, ND, SD, MT, VT, WY, WV, DE, and D.C., may have fewer than 30 observations.[2]The survey asks, “For the last house that you closed in the past month, how long was it on the market from listing time to the time the seller accepted the buyer’s offer?” The median is the number of days at which half of the properties stayed on the market.[3] Days on market usually refers to the time from listing date to contract date.